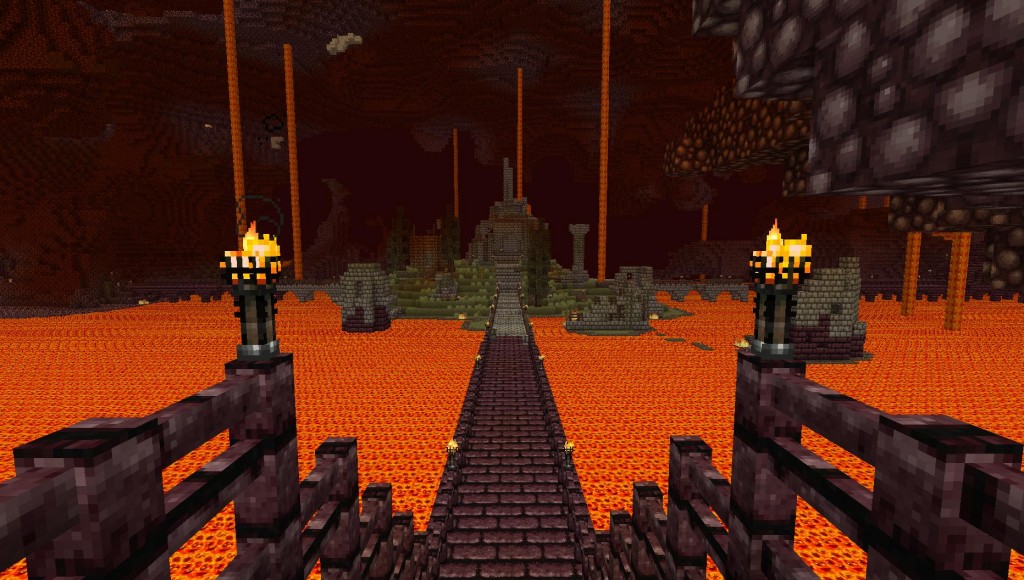 Summary: Our new Nether world has been opened.
You can get there by using the command /warp nether .

Diary Entry – Week One:
We found a way!
After hours of research, we have found a way to Gana-Isha. Our magicians have been able to modify the portal that we used for the Nether to connect to our newly constructed base camp. However, the modifications they have made have a few side effects… Hopefully we will be able to settle down here and adjust to this new climate…

Diary Entry – Week Two:
Under attack!
We have found out that we are not the only one around here in Gana-Isha. This place seems to be filled with monsters….. but those are not really the problem. There is another humanoid race that we haven’t encountered before, who appear to be much smarter than the other mobs! Our fighters are being overrun; they are either pulled into lava or being set on fire. Our defences aren’t designed for these kind of attacks. I’m not sure how much longer we can hold out here.

Diary Entry – Week Three:
Retreat!
Four hours ago, they made their final strike. All of our soldiers have been burned to death and most of our buildings have been destroyed. My building team and I managed to make it back through the portal, but we were closely followed by those monsters. We sprinted away into the rainy night, and surprisingly we were not pursued… It was almost as if they were scared of something. I will leave this Diary here, so that if anyone else anyone else discovers what we have left behind, they will at least know what to expect… 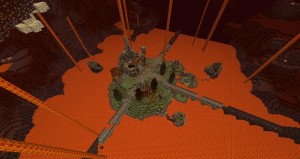